Where the world’s most innovative leaders gather to learn how emerging technologies are redefining business, society, and humanity.

In November of this year Greece hosted its first ever Singularity Summit which brought the world’s leading speakers and experts on exponentially accelerating technologies together with Greek business leaders of today and tomorrow, giving us the knowledge and insight needed to compete and win in an exponentially changing world. I was fortunate enough to obtain a ticket to attend the 2 day summit and this is what I learnt.

Regardless on what side of the spectrum you reside, be it a foreign language student or teacher, I am sure you can remember the first time you discovered the wonders of Skype online language lessons.

Since its inception in 2003, Skype has helped millions of language teachers, connect to eager language learners. It was the first time that the tyranny of physical location became less important.

You might recall that the early pioneers on distance learning where plagued with slow internet speeds, which led to “stuttering” voice and low picture quality, leading to frustration. (and dare I say it, lesson abandonment). In today’s world, this has been solved though better software design, advanced data compression algorithms and of course higher internet speeds. 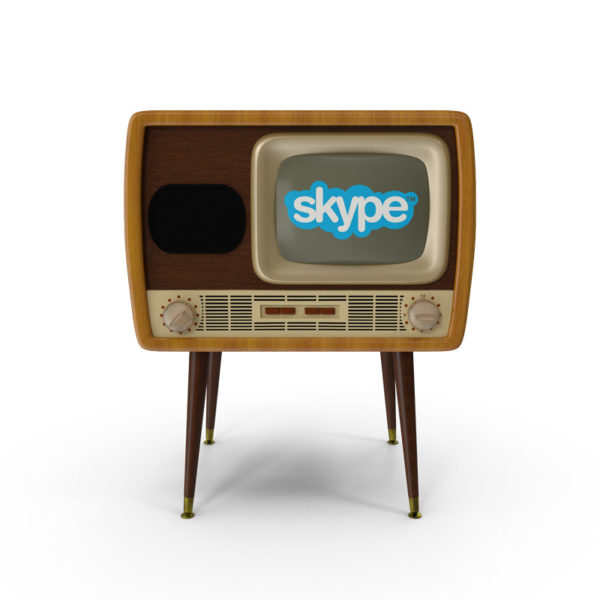 Surely things could not get better than Skype?

It turns out that things in language learning and indeed in learning as a whole are changing at a staggering pace. So much so that even platforms such as Skype will mutate to ultimately offer virtual reality and augmented reality meetings as part of its service. 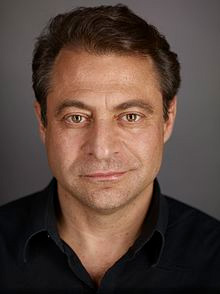 Right now, and for the first time ever, a passionate and committed individual has access to the technology, minds, and capital required to take on any challenge.

It may come as a surprise to some but, the first widespread commercial releases of consumer VR headsets dates as far back as the early 1990s. The bad news back then was that the price for some kit could set you back around $72,000. With the democratisation of VR technology, today you can pick yourself up a headset for around $100. (See Google Cardboard VR). Not only that, but the headsets avaiable today are super light and a far cry from their cumbersome older counterparts.

It is estimated that within the next 5 years there will be absolutely no need to physically be in a location to learn a language, or for that matter any other subject.  Indeed it goes further than that. For example, if you are located in the United Kingdom and want to try out your Greek language skills in Greece, you can do so by simply strapping on a VR headset. From the comfort of your own living room sofa, you will be able to whisk yourself off to the island of Santorini, where you can play out  virtual scenarios to try out your skills. (Ordering a meal, asking for directions, visiting a monument)  Choose to have the virtual experience  alone, or invite friends and even your language teacher.

Below is a table explaining the differences between VR, AR, MR. 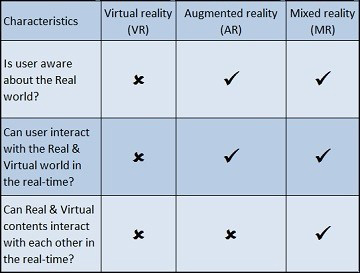 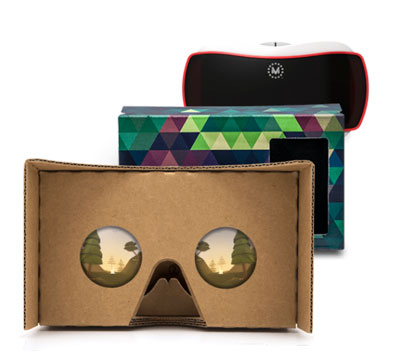 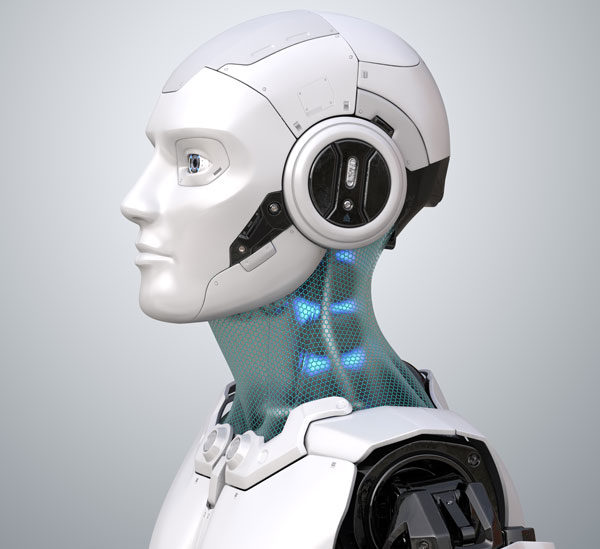 Can you imagine what I would do if I could do all I can?
– Sun Tzu

We live in an era of great technological discruption.

Today it’s hard to phathom that a mere one hundred years ago, the vast majority of people in the world worked on farms.  A little over 100 years ago, there where millions of jobs that were related to the main mode of transport: the horse-drawn carriage. I’ve given you just a few examples of how the nature of work has changed over the years, propelled by humanty’s ability to solve problems. Throughout history there has always been disruption, the difference is that today it’s accelerating at a ferocious speed. Most people are worried and are asking the same question: how will my livelihood be effected?

There is nothing permanent except change. – Heraclitus, Greek philosopher.

How can I compete with Artificial Intelligence?

The answer is don’t compete, It’s a matter of collaboration.  Let me share a thought with you. Firstly we need to incorporate a new mindset, one of optimism. We need to understand the need to learn new skills and equally as important, unlearn old habits.

Think of  it as an  oppotunity to redifine your role as a language teacher. Instead of being the practitioner of the language lesson, your role will change and you become the architect of the language lesson. Designing new and exciting lesson material that you project though virtual worlds and within your own AI avatar! A world with no physical boundaries, where you don’t just describe a place, an emotion, the seasons or even a particular type of smell, but where you “conjure” those scenes up as part of your lesson. Can you imagine what it would be like to create your own unique teaching environment!

Singularity will happen by 2045. And why it’s a big deal

Ray Kurzweil, is Google’s Director of Engineering and co-founder of Singularity University. He is also a well known futurist who has an alarmingly good track record for accurate predictions. Of his 147 predictions since the 1990s, Kurzweil claims an 86 percent accuracy.

In a recent interview Kurzwell stated that: 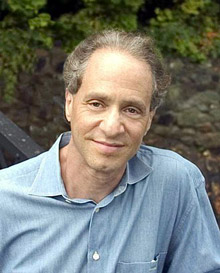 2029 is the consistent date I have predicted for when an AI will pass a valid Turing test and therefore achieve human levels of intelligence. I have set the date 2045 for the ‘Singularity’ which is when we will multiply our effective intelligence a billion fold by merging with the intelligence we have created.


ummmm, what is a Turing test?

According to Kurzwell, by 2045 our brains will be connected to the cloud. And with it, it opens up an almost infinate world of possibilities. We will for example be able to, “Google” any knowledge we need in seconds and download it to our brains. Even a foreign language. We will also be able to backup our memories and thoughts, directly to the cloud and access them at any given moment. As well as family heirlooms being handed down from generation to generation, memories will also be passed down for future family members to cherish.

Kurzwell goes on to say:

That leads to computers having human intelligence, our putting them inside our brains, connecting them to the cloud, expanding who we are. Today, that’s not just a future scenario,” Kurzweil said. “It’s here, in part, and it’s going to accelerate. 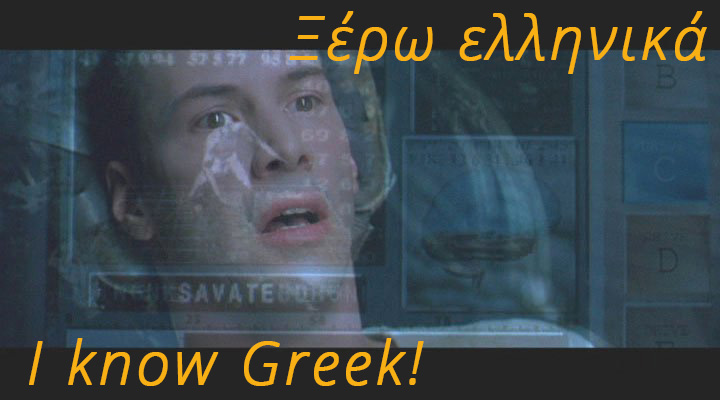 Anyone who has seen the movie “The Matrix” will remember the scene where Neo (Played by Keanu Reeves) is hooked up to the matrix and instantly learns “Kung Fu”.

Fearing or embracing the future. It’s your choice.

This is undoubtably one of the most remarkable eras in human history.

A great deal of my time is spent consulting organisations and individuals on how to prepare for the future. Helping them become the disruptor and not the disrupted! The first area I focus on is undoubtably the most important. Mindset.

There is no return on investment to be gained from fearing change or/and complaining. Optimism for the future and enthusiasm are essential components to moving forward. Only when this mindset is in place can we truly progress and start to reinvent ourselves, our services, our products, our lives!

The attitude we adopt will pretty much define what kind of future we will have. I leave you with the findings of Psychologist Carol Dweck who has spent her entire career studying attitude and performance.  Her latest study shows that attitude is a better predictor of success than IQ. Dweck found that people’s core attitudes fall into one of two categories: a fixed mindset or a growth mindset.

With a fixed mindset, the belief that you are who you are and you cannot change.

Growth mindset, the belief that you can improve with effort. The winning mindset of embracing challenges, treating them as opportunities to learn and to grow. 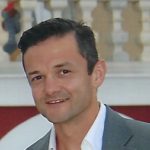 My personel recommendations for further reading: